Print ERC Advanced Grant for Svend Hansen
The European Research Council awards the project, “Technical and Social Innovations in the Caucasus” with a 2.5 million euro grant. 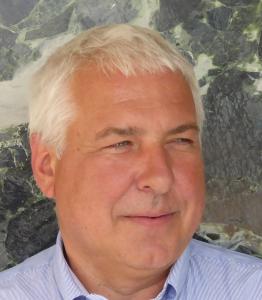 Svend Hansen, the director of the Eurasian Department of the German Archaeological Institute was awarded a 2.5 million euro “Advanced Grant” by the European Research Council (ERC) for the project, “Technical and Social Innovations in the Caucasus: between the Eurasian Steppe and the Earliest Cities during the 4th and 3rd Millennia BCE”.

By way of example and with the help of an international and interdisciplinary research team, the developments of four innovations will be examined: the wheel and wagon, the breeding of wooly sheep, the development of copper-base alloy and the oldest silver. Through excavations taking place both in the Russian North Caucasus and the Georgian South Caucasus, a fundamental chronology of the Early Bronze Age based on 14C dates will be constructed.

The Advanced Grant counts as one of the most significant research grants in Europe. From a total of 2052 research proposals submitted for an Advanced Grant, 222 (10,8%) percent were chosen, a central criterion to this decision process being academic and scientific excellence. For the Advanced Grant, the European Research Council allocates 540 million euros, the awarding of which is split amongst three areas of research: Life Science, Physics and Technology and Humanities and Social Sciences.

“The study of four key innovations in the Caucasus also enables us to examine the predominant narrative of all the technical achievements originating from the city centers of Mesopotamia. New research—including the oldest wagons, among others—essentially created space for an alternative hypothesis. It was likely not only the development of new technologies, but also their adaption from different ‘peripheries’ and their recombination that paved the way for the success of the so-called ‘civilizations,” explains Hansen. There is very early evidence in the Caucasus of the use of the wagon and wheel, wool and silver as well as alloying copper with arsenic. The study of the four areas of innovation will primarily be conducted with state-of-the-art scientific methods in cooperation with leading international specialists in paleogenetics, anthropology, isotope chemistry and archaeolometallurgy. Paleogenetic studies reported in 2019 in the scientific journal “Nature Communications” that, among other things, seek to further illuminate the role of migration in the spread of innovations and technology will also be continued. In addition, the kinship relationships among the deceased occupants of Bronze Age grave mounds will be comprehensively reconstructed for the first time. The research will be published to a widespread audience using the “Digital Atlas of Innovations”.

Svend Hansen has served as the primary director of the Eurasian Department since 2003. Since 2004, he has worked as an adjunct professor at the Freie Universität Berlin. He studied Prehistoric Archaeology, Classical Archaeology and Religious Studies at the Freie Universität in Berlin and received his Ph.D. in 1991 with his work on “Hoards of the Urnfield Period between the Rhône Valley and Carpathians”. Following his one-year travel stipend from the Römisch-Germanische Kommission in 1994, he worked as a research associate at the Universität Heidelberg and as an assistant professor at the Ruhr-Universität in Bochum where, in 2000, he habilitated with his work, “Studies on Early Neolithic and Copper Age Figural Sculpture” and was appointed with the title of Senior Lecturer. He is an honorary member of the Romanian Academy of Sciences and received an honorary doctorate from the Sochoumi University in Tbilisi. Excavations directed by him have included sites in Romania and Georgia.