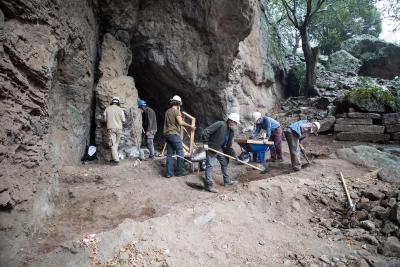 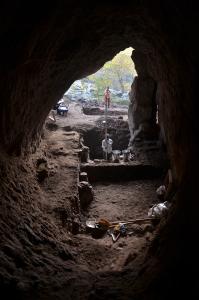 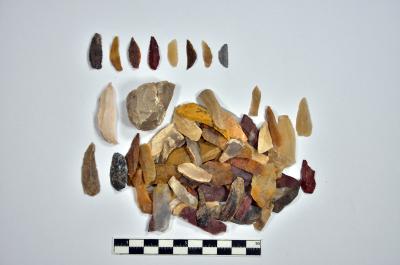 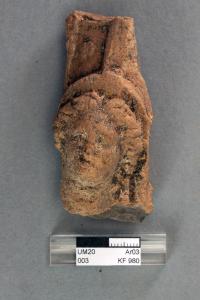 In the province of Izmir, between the modern towns of Dikili and Bergama (UNESCO World Heritage Site Pergamon-Bergama), layers from the post-Paleolithic period (Epipalaeolithic) were discovered for the first time in a cave and uncovered in the course of a rescue excavation. They are overlaid by an ancient sanctuary of the Anatolian mother deity Meter-Kybele. As an important natural monument, the site was also frequented in the following Byzantine and Islamic eras before falling into oblivion.

Throughout history, the territory of present-day Turkey has been the site of significant developments and events at the interface between East and West. Most recently, the finds from Göbekli Tepe in Upper Mesopotamia have attracted particular attention. The first monumental architecture and sculptures were created there in the 10th millennium BC. Compared to the Neolithic period, in whose early phase Göbekli Tepe belongs, the older phases of human history (Palaeolithic) are less well known. So far, only a few sites of this period have been excavated in southern and south-eastern Turkey. In western Anatolia, i.e. in the contact zone of the Aegean and at the transition to Europe, there is a gap in the reliable evidence of the Palaeolithic and its transitional phases to the Neolithic.

It was all the more surprising when in autumn 2020, during an archaeological survey of the DAI-Pergamon excavation in a cave between the modern cities of Dikili and Bergama (Pergamon), layers from the post-Paleolithic period (Epipalaeolithic) were discovered that are around 14,000 years old. First horizons with stone tools and bones were documented, whose age could be precisely determined with the help of the radiocarbon method and the examination of the stone tools.

In order to investigate this important site in more detail and to secure the archaeological data, a six-week rescue excavation was carried out in autumn 2021 with the support of the Turkish Ministry of Culture and Tourism and under the direction of the Bergama Museum, in which specialists from the University of Ankara were involved in addition to the DAI-Pergamon Excavation. The Turkish-German team was initially able to uncover younger layers in and in front of the cave, which bear witness to the use of the spectacularly located site as a sanctuary for the Anatolian mother deity Meter-Kybele from around the 6th century BC until the Roman imperial period. The most recent finds cover the Byzantine and Islamic periods. Considering the remoteness of the site, which can only be reached with difficulty on foot, these finds speak for a remarkable continuity in people's connection with this extraordinary natural monument across the boundaries of epochs and religions.

Beneath the remains of the sanctuary, layers apparently from the Bronze Age (ca. 3rd-2nd millennia BC) followed, but their precise dating and interpretation are still pending. In the Epipalaeolithic period, the small cave served as a seasonal living and production site for a group of hunter-gatherers, as evidenced by numerous animal bones as well as raw materials for tool manufacture and semi-finished pieces. Apparently, flints from the bed of the river that runs directly in front of the cave served as raw materials. The further evaluation of the rescue excavation will deal, among other things, with the question of why the people chose this particular place as a camp and whether there are indications of relations with Inner Anatolia, the Aegean and mainland Greece. In later times, such relations played an important role, as shown, among other things, by sherds of red-figure pottery from Athens. The location and find material also suggest relations with the island of Lesbos, to whose mainland possession (Peraia) the area belonged in pre-Hellenistic times.

The excavation is taking place within the framework of the project "The Transformation of the Pergamon Microregion between Hellenism and the Roman Imperial Period" funded by the German Research Foundation. In addition to the partners already mentioned, colleagues from the Celal Bayar Üniversitesi Manisa, the Sinop Üniversitesi, the Freie Universität Berlin and the TÜBITAK Marmara Research Centre were involved in the rescue excavation and its initial evaluation.