With our deepest regret we announce that Professor Dr. Rainer Stadelmann passed away on January 14. 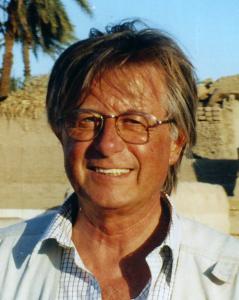 Rainer Stadelmann was born on October 24 1933 in Oettingen (Bayern/Germany). He studied Egyptology, Near Eastern and Classical Archaeology at the universities of Munich and Heidelberg, and obtained his PhD degree in 1960 from Heidelberg University. After having served as an assistant professor in Heidelberg and having obtained the habilitation in 1967, Rainer Stadelmann was appointed deputy director of the German Archaeological Institute Cairo. From 1989 to 1998 he was the director of the institute.

Rainer Stadelmann was an internationally renowned scholar who published widely on a broad range of subjects. His dissertation on the veneration of Syro-Palestinian deities in Egypt remains a standard analysis of the topic. His work on the archaeology of Theban temples, in particular the royal mortuary temples, closely linked to the field work he directed in this area, especially the temple of Sethi I at Gurna and the Temple of Amenhotep III at Kôm el-Hettan, made him an authority on this subject. Another field looming large in Rainer Stadelmann‘s scholarly oeuvre is the archaeology, art and history of the Old Kingdom. Here the great kings of the 4th Dynasty and their monuments attracted him in particular, and he contributed decisively to this subject, both through his field work at Dahshur and through his academic studies.

As the director of the Cairo branch of the German Archaeological Institute Rainer Stadelmann developed the research profile of the institute to include prestigious new projects. Deepening the co-operation with Egyptian partners and supporting Egyptian archaeologists was always close to his heart.

To honour Rainer Stadelmann's achievement the Federal Cross of Merit (Bundesverdienstkreuz), the Grand Officer of the order of the Republic of Egypt and the Egyptian Hathor-Medal were bestowed on him. Rainer Stadelmann was elected a member of the Académie des Inscriptions et Belles Lettres (Paris) and held the position of a Honorary Professor at Heidelberg university.

With Rainer Stadelmann Egyptology and Egyptian Archaeology lost an important scholar. The German Archaeological Institute, and scholars all over the world, mourn the loss of a respected colleague and a highly esteemed friend.