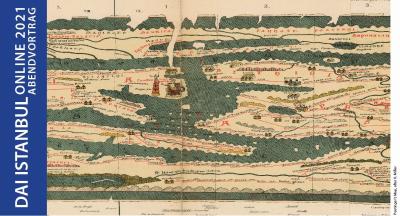 After Constantinople was inaugurated by the emperor Constantine in 330 CE, the city quickly earned its reputation as the New Rome. Protected by virtually unbreachable fortifications, it housed the imperial palace, the famous hippodrome, and a plethora of magnificent churches. As capital of the Medieval Roman Empire, Constantinople survived various threads and challenges until it eventually fell to the Ottomans in 1453.
With this event, we are focusing on Constantinople’s formative period in Late Antiquity, asking how the city rose from one of several imperial residences in the fourth century to the undisputed political and religious center of the Eastern Mediterranean. The presentations approach late antique Constantinople from various perspectives: they investigate the architectural intricacies of religious buildings and how they expressed their founder’s ambitions; they offer insights into spaces that stood out due to the lack of monumental architecture, especially in the liminal area around the city walls; and they trace how Christian believes materialized in the urban fabric through the collection and dispersion of objects that were considered to be holy relics. In synthesis, the evening highlights the intersection between religion, social hierarchies, and urban topography, shedding light on the crucial characteristics of Constantinople’s most dynamic period.