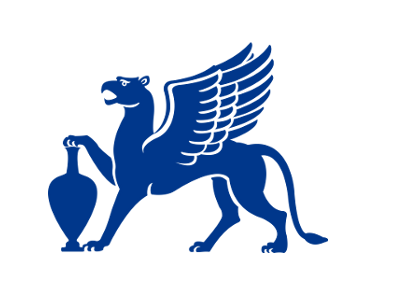 The city of Utica (Tunisia) holds a long and complex history. Utica was one of the oldest and (at times) most important towns of North Africa in antiquity, and yet the site remains relatively poorly understood in comparison to neighbouring Carthage or other more well-known settlements. What was the impact on the built environment of Utica’s brief status as Rome’s North African capital? How did the city change under Roman control, and why did it ultimately fail? The Tunisian-British Utica project explores these long-term developments through a programme of targeted excavation, architectural reconstruction, and geophysical survey. This paper presents some of the key findings from this international collaboration and traces the different transformations at Utica under Rome, its rapid growth and competitive monumentalisation as well as the site’s gradual abandonment and reoccupation.

The lecture will be held online on zoom, 18:00 c.t.. To attend please register here

Research on ancient North African urbanism has long been dominated by large-scale excavations, by topographic and epigraphic surveys or by monument typologies. Much of our knowledge on North African urbanism still builds on the urban fieldwork methods developed in the colonial period. For many decades, urban research was limited to the Roman and especially High Imperial period, when the monumentalization of North African cityscapes seems to have witnessed its most prolific peak. However, recent field projects with research questions concerning particular and long-neglected settlement phases, various social practices and the constant transformation of local urban identities have shed new light on the phenomenon of urbanitas in this area. Urban life was neither a fact imported to North Africa by various external powers such as the Phoenicians or Romans nor did it come to an end with the Islamic conquest during the 7th c. AD.

This lecture series seeks to present some of the most influential achievements of recent research on urban history and archaeology in North Africa. Papers will decidedly focus on the presentation of new approaches to urbanism tested and refined recently in this area in several international and interdisciplinary projects. New methods such as geophysics, underwater archaeology, LiDAR-surveying, remote sensing, coring, GIS-mapping or isotope and aDNA analyses have profoundly changed our understandings of urban realities in this extremely densely settled and wealthy part of the Mediterranean world. New forms of presenting ancient urban monuments and artefacts in digital databases, georeferenced maps, 3D-reconstructions or virtual guides have been applied successfully in the Maghreb over the past two decades. This lecture series, organized by the RomanIslam Center for Advanced Studies at the University of Hamburg and the Rome Department of the German Archaeological Institute, will provide a presentation platform of new approaches and achievements of urban research for a broad audience. It is embedded within the annual topic of the RomanIslam Center, “Transforming Cities” and will start in May 2022. The series is aimed to be continued for the next terms with two lectures per half-year.